Sports SE Question of the Year Tournament - Proof of Concept

This is just an idea to engage the community and highlight the highest voted and most viewed questions of 2016 on Sports SE. This is similar to when we used to have self-evaluations.

In March, NCAA "March Madness" takes over the college basketball world. In The Clubhouse, we enter a competition among ourselves to see who can produce the best bracket (a sample bracket is shown below). 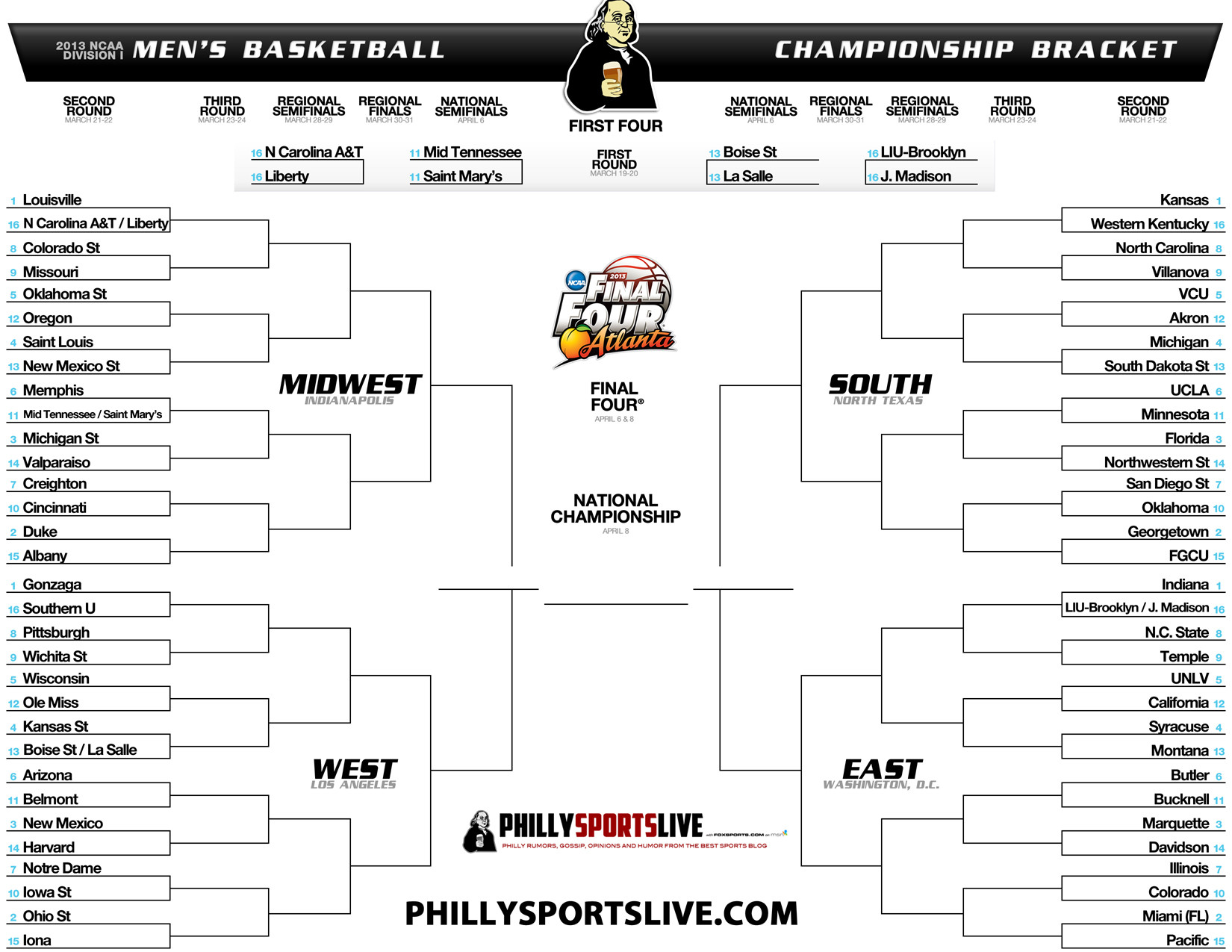 Then, we can take one week per round in order to give our users plenty of time to cast their vote (probably through comments rather than up/down vote - one vote per user). An exception will be the quarterfinal round, which will take two weeks (so that we have no more than 8 matchups per voting round). With my currently proposed bracket, this would take 5 weeks (if we start the last week of February, this coincides with the conclusion of March Madness in the beginning of April):

Not only will we identify a "question of the year," but we can also provide votes and answers to questions that may have gone unnoticed in a user's eyes. Again, this is just a concept, so any thoughts and suggestions are appreciated.

The rankings were determined by:

Here are the divisions for this tournament:

There will be a consolation game during Championship week to determine third place.

Here is the bracket: 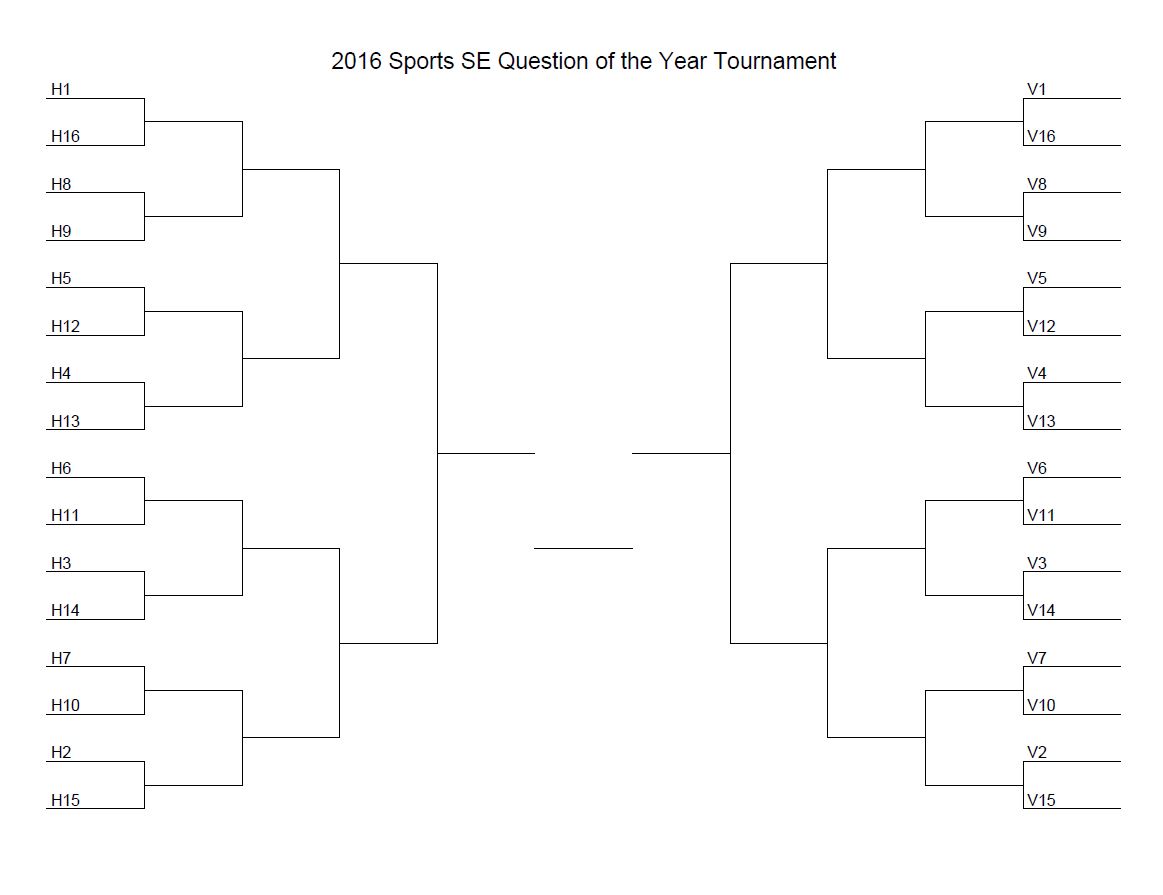 NOTE: It looks like we're going with proposal 1, given no objections toward it.

This comes rather late but here is a brief suggestion for voting system. (Probably too late to change something for the on-going round, but perhaps it is worth to think about this for the remaining rounds. Or for the similar tournament next year.)

If I understand the current way, each vote is supposed to be individual comment. (To make sure, I asked the OP in chat.)

I think that an easier way would be to use upvotes on the comments to count votes.

Personally I would prefer the first possibility, since it seems that it is less confusing.

Of course, if we are talking about 5 or 10 votes, this does not make much difference. (It is not that much work to expand 10 comments and check which of them were posted in the given time span and count votes for each of the two questions among them.) However, if about 25 people take part in the voting, this could become rather cumbersome.

On disadvantage to the system I am suggesting is that comments have timestamps and votes on comment don't. So the comments can get additional votes after the given round ends. This can be solved by edit to an answer or a comment which summarizes the tally at the end of the round.

Here is a sample entry within a given round:

It seems a bit excessive for sport alone, as it wouldn't bring many new questions to the forefront and yet would be a lot of questions to look at/attention diverted. And just not sure you'd get many/meaningful votes, we don't have that many people heavily active. Despite having a fairly unhealthy interest in unique bracketology in the past, I'm not sure I'd really participate that much. Nor am I sure that I see much benefit/point to such an exercise.

But just maybe it'd prove a little interesting in spicing up the entire SE network if expanded to the wider field. Each (relatively active) SE site auto-qualifies one question, then some criteria (or small representative committee) could determine additional questions to fill out the field and setup the bracket. It'd could be 64, 128, or 256 questions.
Add on some suggested voting details to consider (questions that were useful, that solved common misunderstanding, that made you think, that had answers that taught you some thing(s) in a novel/clear way).
Or could use such subtypes as a guide to separate out into regions if wished.

Run it concurrent with March Madness. And maybe you're on to something.